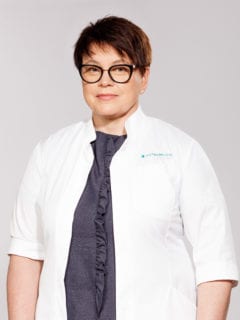 Dr. Aet Saarts is an ear, nose and throat doctor who has performed rhinoplasty surgeries since 2002. Today, she is one of the leading and most experienced Estonian nose surgeons in her field.

Dr. Saarts has been with The Health Clinic since its establishment and performs more than 60 rhinoplasty surgeries annually. Her daily job also involves work as an ENT doctor at North Estonia Medical Centre, where she operates on the most complicated cases.

Dr. Saarts is very thorough and professional in her work and treats all of her patients with warmth and kindness. She is a member of Tallinn Medical Association and the Estonian Society of Ear-Nose-Throat and Head & Neck Surgeons.